Lumi, better known as the Snow Queen, was one of Geppetto's lieutenants and a powerful sorceress. According to Jack Horner, she is one of four sisters, each representing one of the seasons, who jointly ruled four kingdoms with each moving in a yearly cycle to bring the seasons in a predictable manner to their subjects.

Put to sleep by Briar Rose, Lumi eventually awoke when Ali Baba reset Briar Rose's sleeping curse.[1] Her years in a deep sleep allowed her body to purge itself of the magic the Adversary used to keep her supernaturally loyal to him. She has since resigned herself from serving under the Empire and Geppetto himself.

The Snow Queen ruled over the four neighboring kingdoms of Viss, Lamien, Dunhill and Haven (not to be confused with the other Kingdom of Haven) alongside her three sisters. Once each season, four times a year, Lumi and her sisters would all move one kingdom over, in a clockwise rotation. They would bring with them the change of the seasons in a natural and predictable manner, all to the benefit and appreciation of their respective kingdom's inhabitants.

Lumi was a pleasant monarch and reputedly loved by one and all, and all was well in the Snow Queen's realm until one day when a vagabond named Jack came to call. She allowed him into her court, wanting to hear tales of his many adventures. Jack eventually managed to seduce Lumi and the two became passionate lovers. When Lumi fell ill for the first time in her life, she feared it would render her unable to participate in the seasonal shift and bring winter to the next kingdom on schedule, as such she naively gave her powers to Jack so he could make the change in her place. But instead of fulfilling his promise, Jack took the mantle of "Jack Frost" and decided to keep the powers for himself, abusing Lumi's gift and using them recklessly. He also showed no faithfulness to Lumi as a lover, contemplating seducing one of her sisters and sleeping with several women during his travels. When Lumi's illness turned out to be nothing more than pregnancy, and, the denizens of her kingdom prepared to seize her castle out of anger for the off-balance of the seasons, Lumi discreetly moved in with one of her sisters and gave birth to Jack's son.

After four years, Lumi's sisters managed to persuade Jack into relinquishing Lumi's powers back to her. But while her powers returned, Lumi's attitude was forever changed; she had now become as cold and as cruel as the season she represented.

At some point, Lumi came to own a magic mirror. Eventually, this mirror was smashed so thoroughly that tiny pieces of it spread throughout the world, one shard of which ended up in Kay's eye.[2]

During and After the Exodus

Many years later her world was invaded by The Empire. She was defeated in battle but managed to strike a deal, she would serve the Empire with the condition that her world would be spared. For many years she would dutifully serve the many campaigns of the empire. Unbeknownst to her and many others, she had been kept under a spell in the form of a monthly dose of a the same potion Geppetto used on all the Wooden Soldiers.

During the direct struggles of the Empire with Fabletown she was the one who captured Boy Blue and devised the never used counter-strike against the Mundy World. Her days as a servant of the Adversary came to an end when the Capital City was taken over with the sleeping curse of Briar Rose. While she was in deep slumber her powers were transferred to her son, who was still in her own world. He, unlike his father, returned to the cursed city and returned the powers to his mother.

Lumi was woken after the spell was broken by Ali Baba and the first thing she did was take revenge on the goblins who manhandle her. She later pursued and captured Ali Baba and Briar Rose with the intention of killing them, but then she overheard the bottle imp telling the story of the fateful christening of Briar Rose. Having gone so long without her stories she spared their lives while the imp narrated. During the tale the name of Hadeon the Destroyer was repeated often enough to summon her and she broke into combat with the Snow Queen. Ultimately it was Briar Rose who defeated Hadeon. She let Rose and the Imp go free and was pleased that Ali Baba, who had fallen in love with her, chose to remain.

Fairest: In All the Land

Lumi is then one of the fables targeted by Goldilocks in her murderous spree against the fairest fables. She is killed alongside Ali Baba, but by the magic properties of the sword she is able to be brought back to life at the expense of Ali Baba staying dead, which was a choice made by Cinderella.

Lumi was recruited by Winter to aid in her mother Snow White's fight against Rose Red. In the end, Snow and Rose managed to disband the fighting, averting the war altogether.

At some point, Lumi remarried a man Rangi who was unfaithful while traveling. When Rangi returned to Lumi's ice palace, she froze him to death after revealing she knew of his infidelity. Winter scolds Lumi for doing so, and Lumi proposes they start a relationship to solve their continuing relationship problems.

Lumi was once naive and good-natured, with a childlike and somewhat gullible personality. Beloved by the denizens of her kingdom, Lumi had been a benevolent monarch - so much so that her court felt it unnecessary to have an armed guard formed to protect her. Despite her innocence, she apparently still enjoyed having young men to warm her bed. After the betrayal her former lover Jack, Lumi became cold-hearted ad earned a reputation for being "evil." Although Jonah the bottle imp claimed Lumi was not as bad as many assumed her to be, and most of her serious transgressions were a result of her being under the magical influence of Geppetto. Regardless, Lumi has repeatedly shown a sharp mind and a cunning aptitude. She also adores stories, having had dozens regale her with fantastic tales prior to her involvement with the Empire. 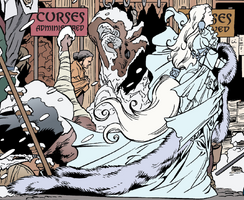 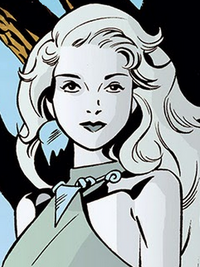 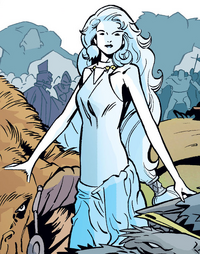 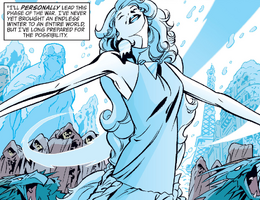 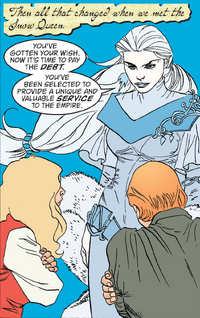 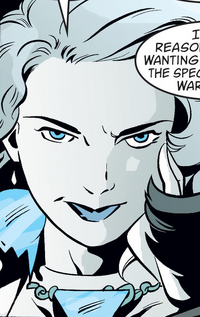 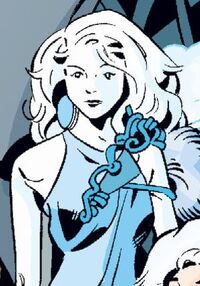 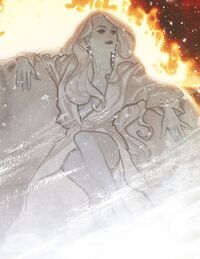 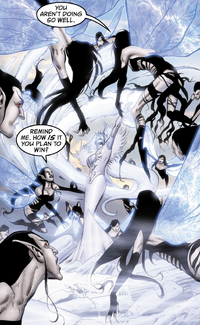 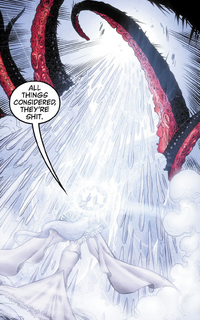 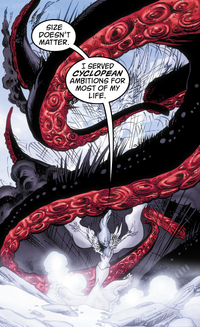 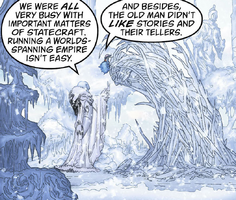 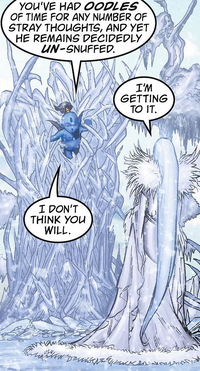 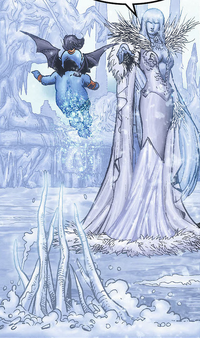 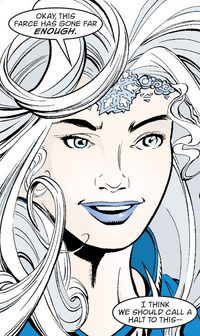 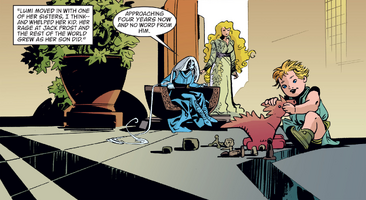 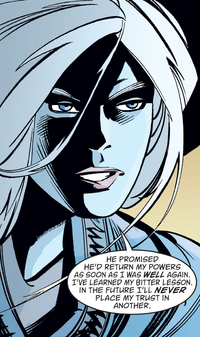 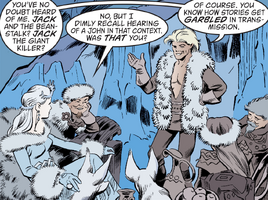 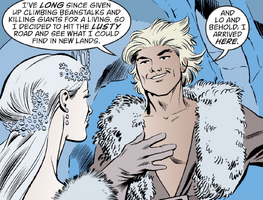 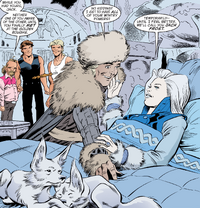 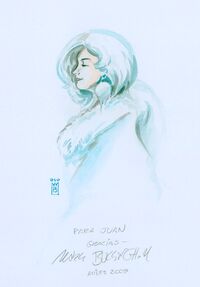 Retrieved from "https://fables.fandom.com/wiki/Lumi?oldid=30142"
Community content is available under CC-BY-SA unless otherwise noted.