In Fables Briar Rose, better known as the Sleeping Beauty, was Prince Charming's second wife. In the war against Geppetto she works for Bigby and is responsible for putting the entire Imperial capital to sleep.

Briar Rose was born long ago, in a bright and beautiful land, to a king and queen who had been unhappily childless for many years. they commanded there be a great celebration to mark the event, and so kings, queens, princes and august personages from far and wide made their way to the grand city Seppantyre, the crown jewel of all the world, the city of wonders. In addition to the nobility of many lands, distinguished guests from the Twilight Lands were invited to become godmothers to the child.

However, Hadeon the Destroyer, a dark fairy who was not invited to the celebration, cursed her with death upon pricking her finger on a spinning wheel. Due to the timely intervention of the good fairy Leysa, Briar Rose's "death" would be spread out amongst so many that it instead became the deepest sleep, with Briar Rose and all those others afflicted magically preserved against the years until such a time she is awakened by true love's kiss.

After Briar Rose first pricked her finger, she was awakened by Prince Charming and married him; however, this did not end her curse and instead merely reset it. She later divorced Prince Charming for reasons unknown, though most likely he was unfaithful.

When the Adversary invaded her country, she eventually managed to escape to the Mundy World.

Upon Briar's arrival in New York, she rapidly gained wealth because of successfully speculating on the stock market. She also gained popularity with her own rock band, which Snow White made her shut down as the risk of exposing her nature as a Fable grew.

At some unknown point in the early 21st century, Briar Rose pricked her finger while in a Mundy store called "Tiffany's", placing the whole building in an enchanted sleep. It was later revealed during a talk with Bigby that in this incident when her finger was pricked, the authorities sent in a police dog named "Prince" and his innocent dog kiss awoke her, the affection of a dog being honest and true (although Briar threatened Bigby never to tell a soul of the incident).[1]

After this, when journalist Tommy Sharp threatened to reveal what he had discovered about the Fables, her sleeping curse was employed to put the inhabitants of his residency to sleep while a team led by Bigby Wolf ransacked his apartment. However, when it came time to awaken her, Prince Charming's kiss did not work, most likely because he no longer loved her. Flycatcher's kiss woke her up, which ended up with her tasting flies when she awoke. It has never been revealed if she knew Flycatcher awoke her or not.

During the war against the Empire, Briar's curse was deployed within the Imperial capital, putting the inhabitants of the entire city to sleep, depriving the Empire of most of its senior officials and the majority of their combat-ready sorcerers. Recently, the city was burned to the ground, but not before Briar Rose and the Snow Queen were carried away, still asleep, by a mysterious cadre of goblins.

Eventually, a bottle imp tells Ali Baba, who is seeking treasures in the burned down city, about the sleeping girl that is blessed with eternal wealth and riches, but needs to be woken with true love's kiss from a prince. Ali Baba sneaks into the goblins' encampment and kisses the sleeping Briar Rose, who awakens from the spell, along with the Snow Queen. The Snow Queen seeks vengeance on Rose for putting her to sleep for years, and takes both of them captive. Instead of killing them, the Snow Queen forces Jonah, the bottle imp, to tell her stories of Briar Rose's life, as the Snow Queen "is addicted to good stories", and Jonah is very good at telling stories. While Ali Baba and Briar are forced to spend time with Lumi, Ali Baba realizes that he has no feelings for Briar after all, but is in love with Lumi. It is revealed that because Ali Baba risked his life to wake and rescue Briar Rose, his actions fell under the definition of true, but not romantic, love.

Briar also defeats Hadeon the Destroyer, the evil fairy who cursed her as a baby. Briar's fairy godmothers then turn Hadeon into a car that can travel to any world, and the spaces between worlds. The car has to serve one thousand times before it will revert to back to Hadeon's true form. Briar uses the car to travel back to the newly re-built Fabletown. When the car has been used nine hundred and ninety-nine times, she plans to take it to the junkyard and have Hadeon destroyed in a car crusher.

At some point, Briar Rose began a secret relationship with the dryad Prince Aspen, something no one in Fabletown knew about. Unfortunately for her, a murderous Goldilocks discovered this and murdered the two for giving into "carnal" desires, burning them both together. Cinderella is able to resurrect her, but unfortunately she could not bring back Prince Aspen.

After many years of adventuring, Briar Rose, who had been scratched by an undead blade, begins to succumb to a zombie-like curse. She returns to Fabletown to collect Hadeon, who has exactly one ride left before returning to her own form. Briar Rose commands Hadeon to take her "to the end of the universe" and then pricks her finger, declaring that if she must turn into an undead horror, she will not be awake for it and will keep her oath to prevent Hadeon from harming anyone ever again.

Not much is known of Briar Rose's personality, but she seems to be an overall decent person, as seen when she allowed her ex-husband, Prince Charming, to stay with her until he could support himself. Despite this, she seemed to still hold him with little regard and considered him a womanizing cad. She is also frustrated by the fact that she has been woken up by "true love's kiss" several times but has yet to actually find true love.

Briar Rose is very beautiful, as was promised by one of her many fairy enchantments. She has fair skin, blue eyes, and auburn colored hair. 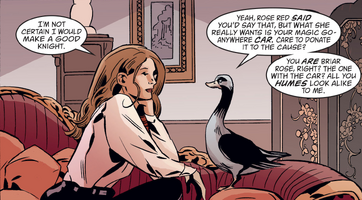 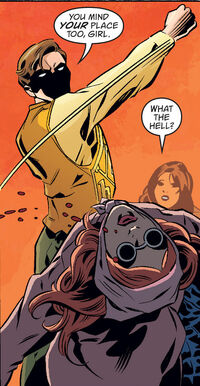 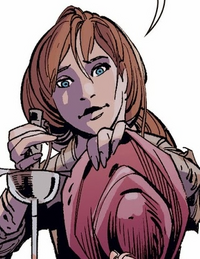 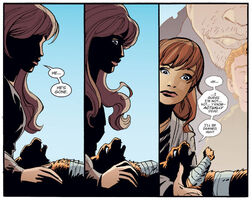 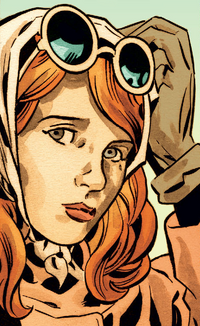